Am I Single Because Of How I Look? 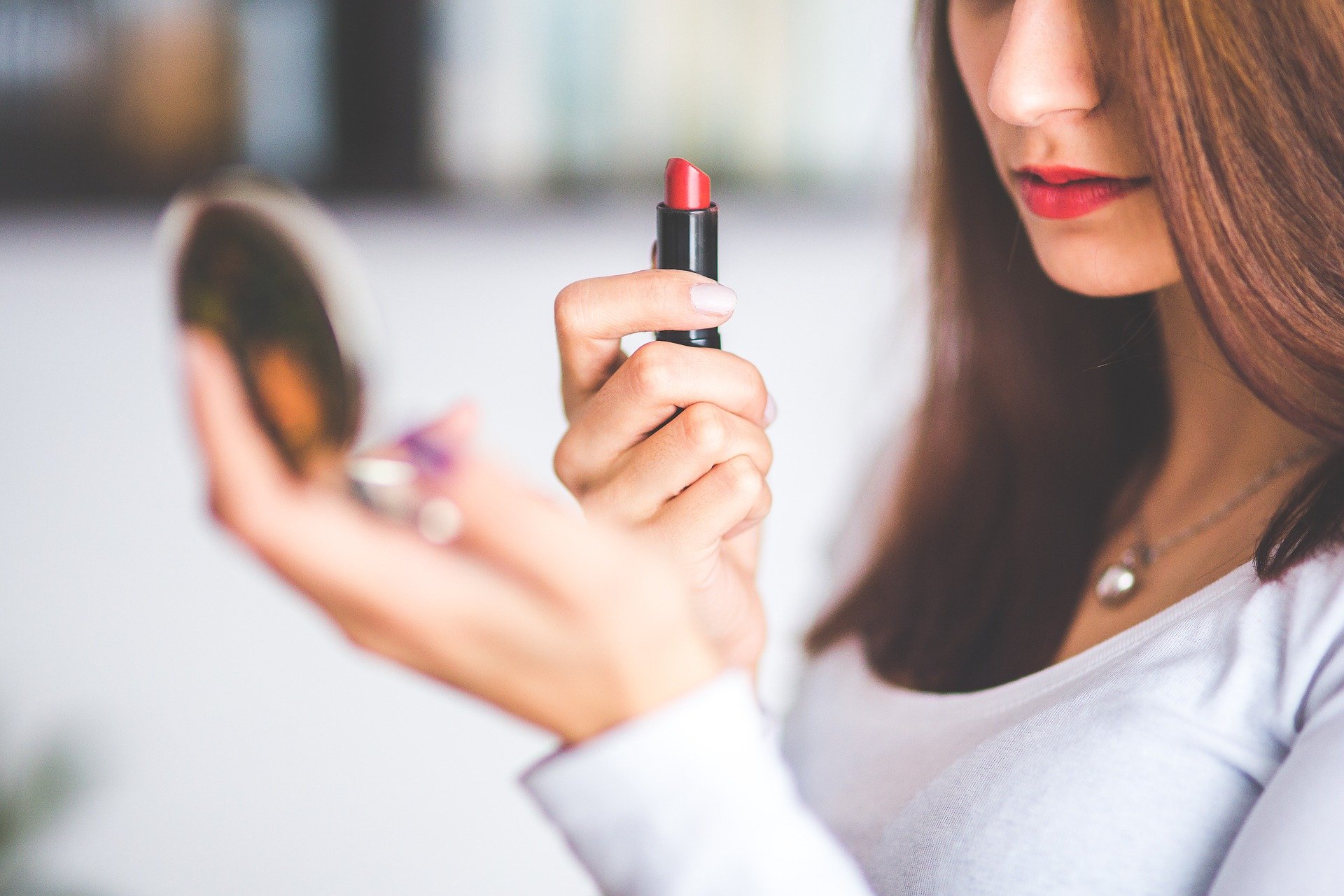 I don’t think about my appearance much. That’s a lie, I definitely think about it, but not as it relates to me being single. When I’m ironing out the countless cowlicks in my bangs or applying BB cream like it’s a potion from the Sanderson Sisters, I’m absolutely concerned with my appearance. But this isn't because I’m hoping that looking better will turn me into live bait. I think there’s a certain amount of life confidence I get from the way I look. As if it’s a kind of armor that fortifies me against the outside world. Much as I’d like to move through life with air-dried hair and a wardrobe of nothing more than Target athleisure, I stand a little taller in good denim, I just do.

Recently I was put in a position that, quite honestly, I hadn’t been in since I was still ordering DVDs from Netflix. I was asked to consider if my appearance was keeping me single. It isn’t, but the question itself makes for good content, so here we go. A commenter on this series recently remarked on my “librarian-like” appearance (as a negative, can you imagine?), suggesting I should really put my back into sprucing up the way I look in order to end this horrifically embarrassing and shameful state I’m in. You know, being single.

There’s so much “no” to unpack there, but for the purposes of this discussion I’d like to focus on two main points: First, physical presentation and worthiness of partnership have literally nothing to do with each other. And second, I’m fucking stunning, so shut up.

I’m not a big fan of taking overt action for the sole purpose of ending singleness. I don’t think I’ve been unclear in my exploration of all the ways being single doesn’t deserve its societal stigma and shame. The programming that’s been force-fed to women to make us believe that not having a partner is akin to rotting like a rancid pumpkin on a doorstep is a formidable foe, so I will repeat myself. If we change who we are, how we behave, and yes — what we look like — in order to “catch” a man, we’d have to change who we are forever.

The scenario that makes far more sense and quite frankly sounds more affordable is that who we are right now is entirely worthy and deserving of love, partnership, companionship, and sexual desire. If we want to be wantable, we are. Right here, right now.

Adages don’t sit well with me, but this one’s alright: Beauty is in the eye of the beholder. A more modernized version might be that we’re all allowed to be attracted to different things, and that all of those things can be amazing and valid. The idea sheds beauty standards altogether and instead customizes desirability to the individual. Which in my opinion sounds far more inclusive and fun. I like the idea of everyone being able to want, love, and have whatever they desire. You might not prefer tall blonde dudes with Peaky Blinders haircuts, glasses, and more books than video games but I sure as shit do. Here’s hoping those guys like 5’6 girls with bangs and a penchant for cozy sweaters and too many kitchen appliances.

I take a lot of comfort in the idea that we all have different tastes. I like the idea of people waking up next to someone who feels made for them. I think we all deserve that. I also think we’ll all have it. I believe it was Morgan Freeman’s character in Robin Hood, Prince Of Thieveswho said, “Allah loves wondrous variety.” You got that right.

“It’s 2019 and Lizzo is in power, the most important opinion of my appearance is my own.”

Back to [hair flip] the important topic: Me. I’m fully aware that the current beauty spectrum ranges from soaking wet Kardashian to fairy tale bridge troll, and I’m probably hovering somewhere around the middle. What matters is not what other people think of the way I look, but what I think of the way I look. It’s 2019 and Lizzo is in power, the most important opinion of my appearance is my own. But even the most self-loving, body-positive person will be tested by societal beauty standards now and then. I have an example of this: My hair.

A year ago I chopped off my long hair in favor of a bob inspired by Michelle Pfieffer’s character in Scarface. I’d caught a glimpse of how stringy and withered my hair appeared from the back and that seemed like a good catalyst for change. At that point I was not, nor had I ever been a short hair person. I’m a long hair person, from a long hair family. To tell you the truth I don’t know where my bravery came from that day. Maybe it was the fear that my hair was starting to look like the stuffing in an Easter Basket, I dunno.

The first thought in my head when the chair spun around was, “boys won’t like me anymore.” Boys like girls with long hair. I don’t have long hair. Boys won’t like me. I feel no shame in admitting this because it was simply societal programming bubbling to the surface, and then dissipating into thin air. Because an instant later I saw how much healthier my hair looked, how much more style it had, and I how I had more fun every time I looked in the mirror. Logically, people are attracted to all sorts of hairstyles. Personally, I’m happy with this hairstyle. And universally speaking it doesn’t actually matter if boys like me. What matters is having a great goddamned haircut. Which I do.

The real way I feel about my appearance as it relates to my relationship status is this: I’m a human woman. Which means I’ve spent a lot of years and probably a lot of money trying to get to a place where the way I look, dress, and present myself feels comfortable. And I use the word comfortable to mean a lot of things: confident, approachable, warm, void of foot pain — all that. And after all of my effort, to get myself to a place where I like how I look, why then would I want a partner who wants anything other than exactly that?

I’m not single because of the way I look. Being single isn’t something that has a “because.” But self love does. I look the way I do because I want to. Because this version of my physical appearance makes me happy. No, I don’t look like the pouting Instagrammer in an infinity pool in Thailand, and I never will. But the way I look is no less desirable to the person who is right for me. In my house, in my mirror, beauty will always be up to the individual, and their unique tastes, and nothing will ever be altered or “improved” in order to get the attention of a member of the opposite sex. Because in the right relationship for me, the way I look right now will already have it.