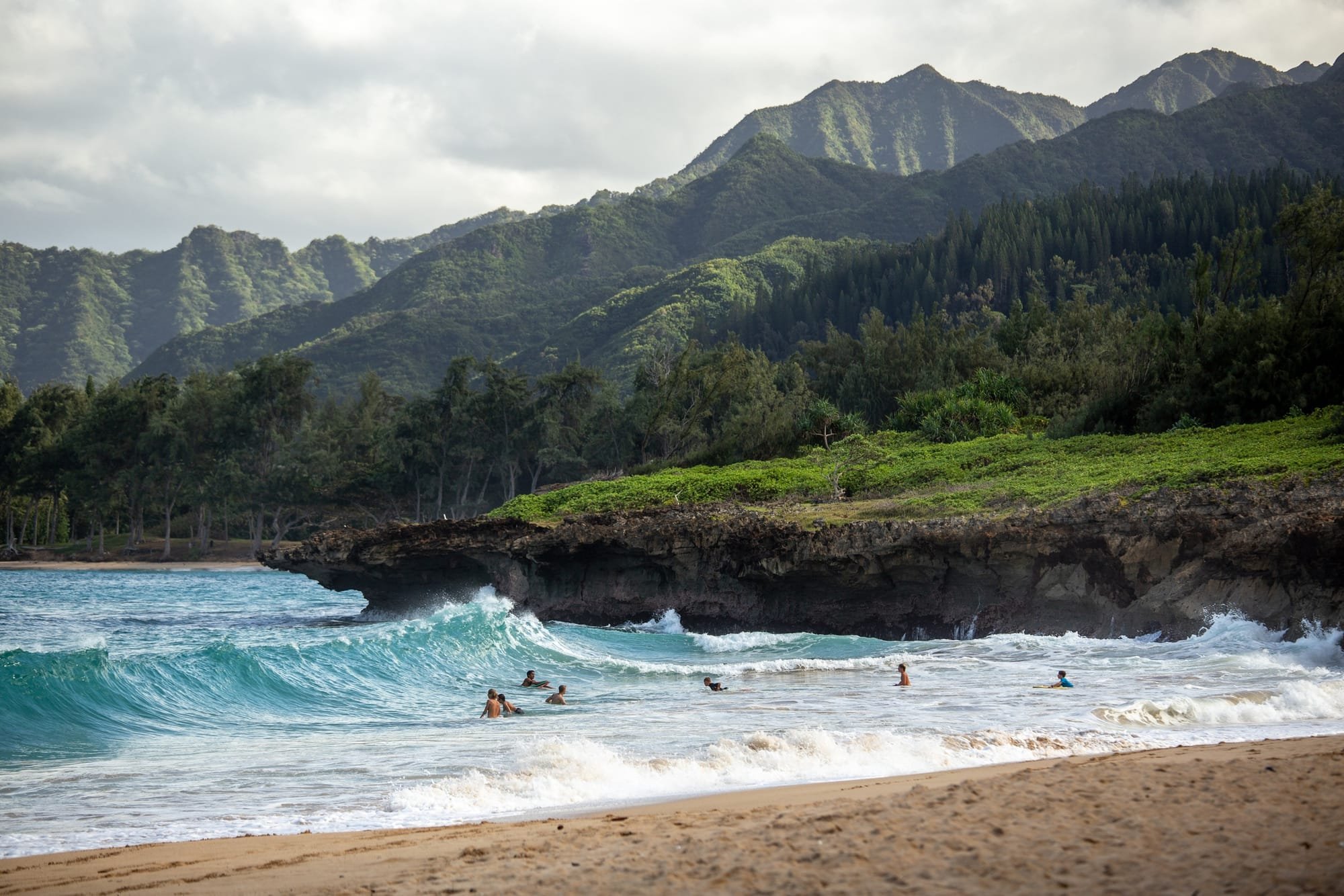 The world seems kind of depressing these days, doesn't it? Implosion in the Middle East. Xenophobia in the West. Greed, terrorism, climate change, terrifying viruses, the 2016 presidential race. It's enough to make you want to pull the covers over your head and never get out of bed. To which I say, aloha.

During tough times like these, humanity could benefit from this ancient Hawaiian philosophy. Now, most mainland Americans think "aloha" means "hello," "goodbye," or sometimes "love," and all of that is true. But it also means much, much more. The late Haleaka Iolani Pule, a Hawaiian historian and healer, called aloha the "symbiotic relationship and an acknowledgement of that relationship you have with everything in the universe around you, and recognizing exactly what your space within that is."

I know what you're thinking: That sounds like some bizarre new-age philosophy. But bear with me. There's some good social science in aloha; it just needs to be unpacked a little.

When I first moved to Hawaii from the mainland, my limited understanding of aloha was summed up in a general impression of "nice-ness." "How nice everyone is here," I would say to my husband. In Hawaii, drivers wave each other through traffic, and no one (except the occasional tourist) uses a car horn, even though Honolulu has some of the worst traffic in the country.

"She's so nice," I would think about Carol, the checkout clerk at Safeway who seemed really interested in why I favored a particular brand of dish soap. Aloha meant Carol knew our new hanai daughter from China had dietary preferences that sometimes baffled me. It's why Carol let me know whenever there was a sale on frozen hashed browns. Aloha made me privy to the fact that Carol hurt her arm on the job, and why I was able to contribute to her get-well present.

Indeed, this "nice-ness" is a direct result of aloha. People in my adopted island home talk about "driving with aloha," "speaking with aloha," and even "working out with aloha," which, according to the sign at my gym, means sharing equipment and wiping it down after use.

Aloha is manifest in the strong, full kiss you get on the face whenever you meet someone in Hawaii. It is the genuine interest in others implicit in the Hawaiian tradition of engaging in friendly and personal conversation, or "talking story," over every encounter. These practices can surprise (and sometimes irritate) newcomers; after all, in many cultures, people don't like to be kissed by strangers, and when you're in a hurry, answering the postal clerk's curious questions about the son to whom you are sending a package can be a little maddening.

But these practices — and the aloha that drives them — literally force humans to connect with each other. And when you are connected with others, it's hard to follow the very human instinct to put yourself and your biological family above others. By extension, aloha connects humans with the natural world, putting individual humans into context with animals, plants, and the Earth.

Over time, I began to understand just how powerful a social construct aloha really is. It is subjugating the urge to benefit oneself at risk of upsetting the delicate balance of life. It helps us get along. And on a densely populated island with an incredibly diverse population, getting along is key to survival.

Haleaka Iolani Pule described a conversation she once had with her grandmother about the 18th century "discovery" of the Hawaiian Islands by Captain James Cook — which was, by all accounts, the beginning of the end of Native Hawaiian sovereignty and a tragic turn of events for the Hawaiians themselves. When Pule asked her elder how she could reconcile the concept of aloha with the tremendous harm done to the Hawaiian people, she was told: "How else will the world learn about aloha? How else will we remember that it is our innate sense to love things unconditionally?"

So yeah. The world seems pretty depressing right now. But where there are humans, and the practices they develop to survive, there is hope.