What is Self-Esteem? A Psychologist Explains. 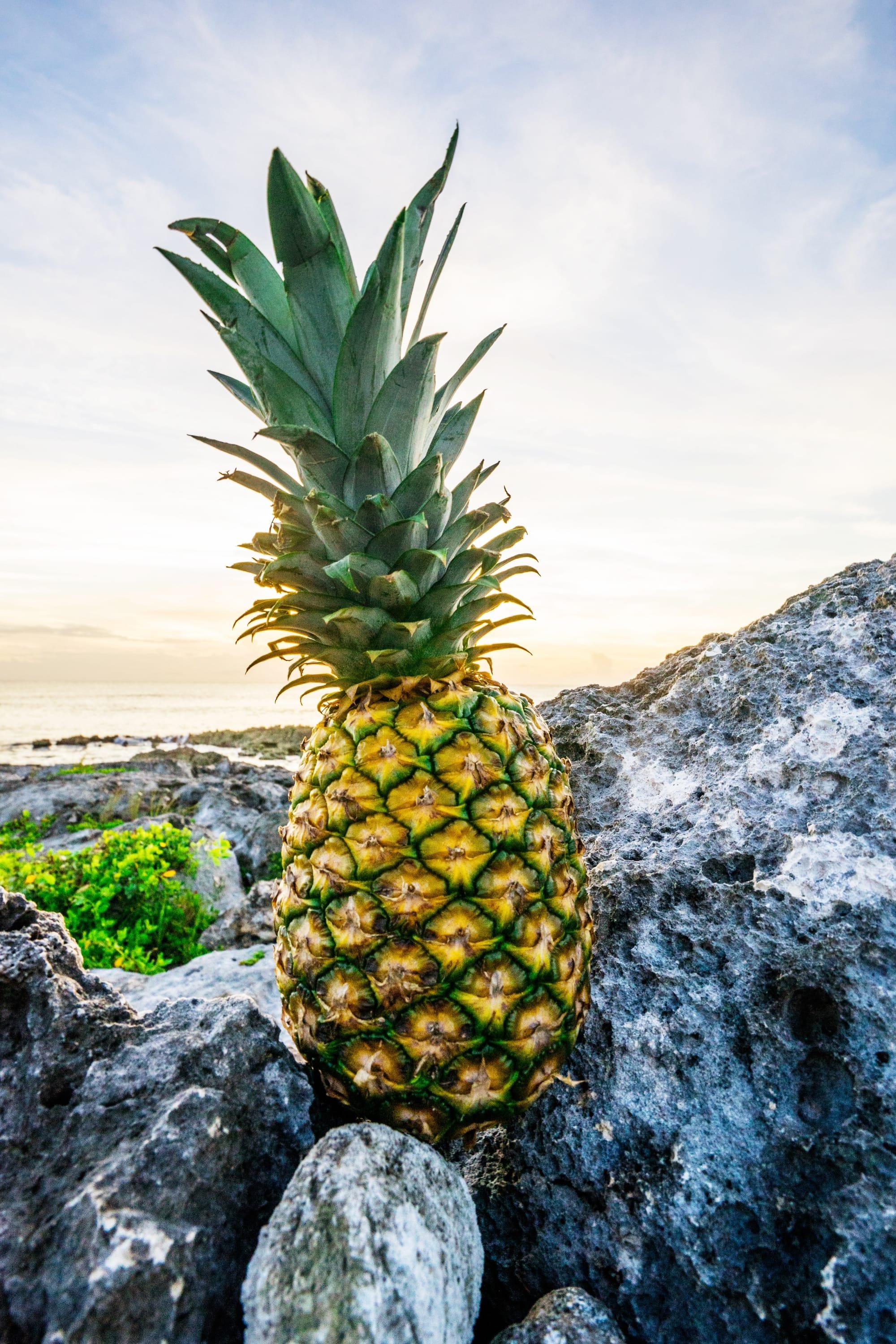 An excerpt from by Courtney E. Ackerman

That is the message that we encounter constantly, in books, television shows, superhero comics, and common myths and legends.

We are told that we can accomplish anything if we believe in ourselves. Of course, we know that to be untrue; we cannot accomplish anything the in the world simply through belief—if that were true, a lot more children would be soaring in the skies above their garage roof instead of lugging around a cast for a few weeks!

However, we know that believing in yourself and accepting yourself for who you are is an important factor in success, relationships, and happiness and that self-esteem plays an important role in living a flourishing life. It provides us with belief in our abilities and the motivation to carry them out, ultimately reaching fulfillment as we navigate life with a positive outlook.

Various studies have confirmed that self-esteem has a direct relationship with our overall well-being, and we would do well to keep this fact in mind—both for ourselves and for those around us, particularly the developing children we interact with.

What is the Meaning of Self-Esteem? A Definition

You probably already have a good idea, but let’s start from the beginning anyway: what is self-esteem?

Self-esteem refers to a person’s overall sense of his or her value or worth. It can be considered a sort of measure of how much a person “values, approves of, appreciates, prizes, or likes him or herself” (Adler & Stewart, 2004).

Various factors believed to influence our self-esteem include:

An important note is that self-esteem is not fixed. It is malleable and measurable, meaning we can test for and improve upon it.

Self-esteem has been a hot topic in psychology for decades, going about as far back as psychology itself. Even Freud, who many consider the founding father of psychology (although he’s a bit of an estranged father at this point), had theories about self-esteem at the heart of his work. What self-esteem is, how it develops (or fails to develop) and what influences it has kept psychologists busy for a long time, and there’s no sign that we’ll have it all figured out anytime soon!

While there is much we still have to learn about self-esteem, we have at least been able to narrow down what self-esteem is and how it differs from other, similar constructs. Read on to learn what sets self-esteem apart from other self-directed traits and states.

Self-esteem is not self-concept, although self-esteem may be a part of self-concept. Self-concept is the perception that we have of ourselves, our answer when we ask ourselves the question “Who am I?” It is knowing about one’s own tendencies, thoughts, preferences and habits, hobbies, skills, and areas of weakness.

Put simply, the awareness of who we are is our concept of our self.

“the totality of a complex, organized, and dynamic system of learned beliefs, attitudes and opinions that each person holds to be true about his or her personal existence”.

According to Carl Rogers, founder of client-centered therapy, self-concept is an overarching construct that self-esteem is one of the components of it (McLeod, 2008).

Another similar term with a different meaning is self-image; self-image is similar to self-concept in that it is all about how you see yourself (McLeod, 2008). Instead of being based on reality, however, it can be based on false and inaccurate thoughts about ourselves. Our self-image may be close to reality or far from it, but it is generally not completely in line with objective reality or with the way others perceive us.

Self-esteem is a similar concept to self-worth but with a small (although important) difference: self-esteem is what we think, feel, and believe about ourselves, while self-worth is the more global recognition that we are valuable human beings worthy of love (Hibbert, 2013).

We explore this further in The Science of Self-Acceptance Masterclass©

Esteem in Maslow’s Theory – The Hierarchy of Needs 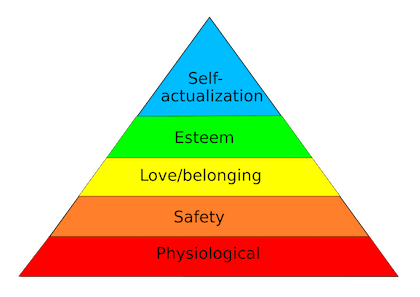 The mention of esteem may bring to mind the fourth level of Maslow’s pyramid: esteem needs. While these needs and the concept of self-esteem are certainly related, Maslow’s esteem needs are more focused on external measures of esteem, such as respect, status, recognition, accomplishment, and prestige (McLeod, 2017).

There is a component of self-esteem within this level of the hierarchy, but Maslow felt that the esteem of others was more important for development and need fulfillment than self-esteem. He explained that for one to achieve self-actualization and grow, their need for inner-respect and esteem from others must be met.

Dr. Martin Seligman has some concerns about openly accepting self-esteem as part of positive psychology. He worries that people live in the world where self-esteem is injected into a person’s identity, not caring in how it is done, as long as the image of “confidence” is obtained. He expressed the following in 2006:

Can We Help Boost Self-Esteem Issues with Therapy and Counseling?

Based on research like that described above, we have learned that there are many ways therapy and counseling can help clients to improve their self-esteem. If done correctly, therapy can be an excellent method of enhancing self-esteem, especially if it’s low to begin with.

Here are some of the ways therapy and counseling can a client’s boost self-esteem:

Following these guidelines will encourage your client to develop a better sense of self-love, self-worth, self-acceptance, and self-esteem, as well as discouraging “needless shame” and learning how to separate herself from her behavior (Gilbertson, 2016).

Can You Test Self-Esteem, and What are the Problems with Assessment?

Self-esteem is the topic of many a psychological scale and assessment, and many of them are valid, reliable, and very popular among researchers; however, these assessments are not perfect. There are a few problems and considerations you should take into account if you want to measure self-esteem, including:

Measuring Self-Esteem with the Rosenberg Scale

The most common scale of self-esteem is Rosenberg’s Self-Esteem Scale (also called the RSE and sometimes the SES). This scale was developed by Rosenberg and presented in his 1965 book Society and the Adolescent Self-Image.

It contains 10 items rated on a scale from 1 (strongly agree) to 4 (strongly disagree). Some of the items are reverse-scored, and the total score can be calculated by summing up the total points for an overall measure of self-esteem (although it can also be scored in a different, more complex manner—see page 61 of this PDF for instructions).

1. On the whole, I am satisfied with myself.
2. At times I think I am no good at all.
3. I feel that I have a number of good qualities.
4. I am able to do things as well as most other people.
5. I feel I do not have much to be proud of.
6. I certainly feel useless at times.
7. I feel that I’m a person of worth.
8. I wish I could have more respect for myself.
9. All in all, I am inclined to think that I am a failure.
10. I take a positive attitude toward myself.

As you likely figured out already, items 2, 5, 6, 8, and 9 are reverse-scored, while the other items are scored normally. This creates a single score of between 10 and 40 points, with lower scores indicating higher self-esteem. Put another way, higher scores indicate a strong sense of low self-esteem.

The scale is considered highly consistent and reliable, and scores correlate highly with other measures of self-esteem and negatively with measures of depression and anxiety. It has been used by thousands of researchers throughout the years and is still in use today, making it one of the most-cited scales ever developed.

The second most commonly used reliable and valid measure for self-esteem is The Coopersmith Self-Esteem Inventory. Within this test, 50 items are included to measure the test-takes attitudes towards themselves, by responding to statements with the selection of “like me” or “not like me” (Robinson, Shaver & Wrightsman, 2010).

Initially created to test the self-esteem of children, it was later altered by Ryden (1978) and now two separate versions exist; one for children and one for adults.