I Deserve a Chance 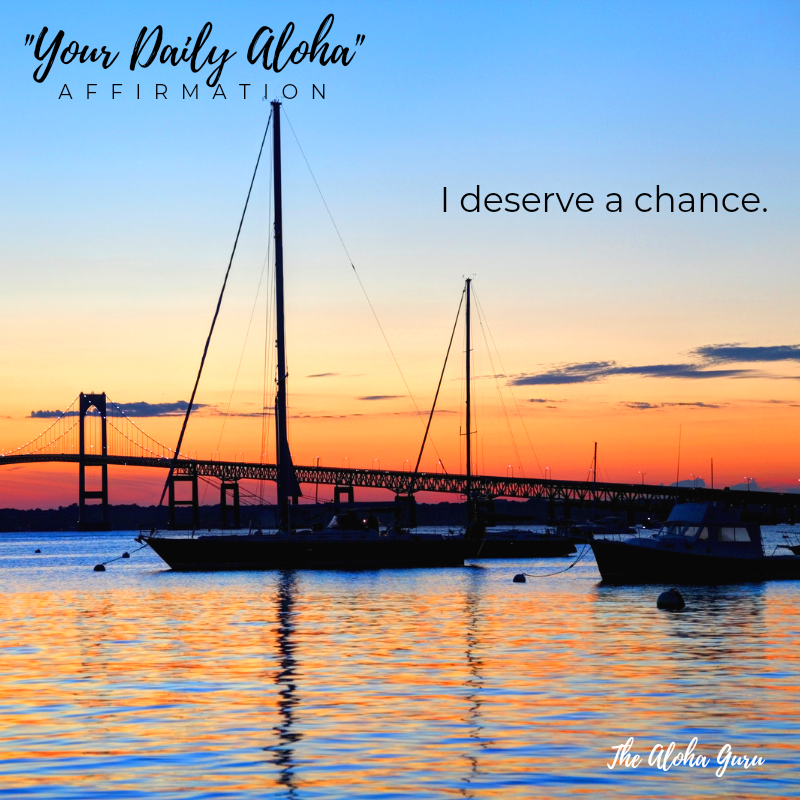 Don’t be afraid to start over, start again, or just start. You are worth every chance life has to offer.

In my mid-thirties, I loved going to Newport, Rhode Island, on summer weekends. I had a 99-mile roundtrip commute to a demanding sales job in Connecticut that kept me tethered to a computer and phone all week. By Friday, I just wanted to get away so I could blow off some steam. I’d grab a suntan at Second Beach, drink cocktails on Bowens Wharf, and watch sailboats drift into the sunset.

Just before summer of 2006 ended, I met Phillip, a Marine first sergeant from Camp Pendleton, San Diego. He was taking classes at U.S. Naval War College. It wasn’t until I attended a dinner event at the end of his course that I realized just how decorated Phillip was in his dress blues. Everywhere we went that night, people stopped to admire his medals, shake his hand, and thank him for his service. Even though he had led men to combat several times, he remained humble about his achievements.

That chance encounter that summer led to my first trip to California, where I attended his Marine Ball that fall.

That chance changed my life forever.

From there, we had a long-distance relationship while he served overseas. Eventually, we realized we wanted different things. I was looking to settle down, but he wasn’t ready to retire. He was committed to the war on terrorism, and he didn’t want me feeling left behind or alone like other military wives and girlfriends.

While I was hurt, I was also grateful. He was strong enough to see something I didn’t. He felt I deserved more - a chance for more.

Phillip also taught me the importance of living with passion and purpose. He loved being a Marine. He was born to be a Marine. It was not only his mission as a Marine to "adapt and overcome" but also his life motto. A Belizean immigrant, Phillip moved to California after graduating high school. He joined the service, fought wars, guarded U.S. embassies around the world, and helped recruit and train Marines until he retired.

I never met anyone who lived their life with such dedication, devotion, courage, passion, and purpose. After 30 years of service, he retired as a sergeant major. He also earned his bachelor's and master's degrees. To this day, his life continues to inspire me to live life to the fullest.

A defining chapter in my life, Phillip helped me believe I deserved a chance to achieve the life of my dreams. During our relationship, I visited California a few times and he visited Connecticut. He was the person to first tell me I should move to California. I remembered laughing and telling him I wouldn't fit in. I wasn't a young, skinny, blue-eyed, big-bossomed blonde who would live in a bikini all day. It was also too bright in California with too many open spaces. I would miss all the trees and lush green grass of my home state.

But he knew I didn’t belong in Connecticut either. He also said I described only one percent of the population. And he insisted I had the spirit of a Californian Girl. Secretly, I always wanted to move, but I didn't know where. So, his comments struck me as a sign.

Even though we broke up, Phillip still encouraged me to find my life purpose and to consider moving to California. He said to focus less on money and more on what would make me happy. Even if it meant getting far out of my comfort zone and starting life over, Phillip made me realize that if I wanted something badly enough, I could make it happen.

I paused to reflect on my life after our relationship ended. After graduating from the University of Connecticut, I had tried living in Indianapolis, Cape Cod, and Fort Lauderdale. I lived in the Northeast, Southeast, and the Midwest. Now, it was clear to me that it was time to try the West Coast.

After losing my job with the 2008 recession coming, I stayed in Encinitas for a few months to check it out and to figure out if I could see myself living here permanently. As it wasn't an ideal time to make a permanent move across country, I went home for the holidays and stayed for three years.

Four years after our relationship ended, I finally mustered the courage to move to San Diego in 2012. I was 40 years old. I have never looked back since.

If you are not happy with your life, it is your responsibility to do something about it. You cannot rely on anyone or anything to make you happy. You have to create happiness for yourself.

For me, it started with deciding I deserved a chance to change my life. Then I made a commitment to myself to make it happen. Lastly, I took a chance to make a change.

When you’re willing to take a chance, you will have the courage to make a change. Even making one change triggers another. Then, another and another. Before you know it, your life is transformed.

In this process, you may learn that things don't always work out the way you planned. Obstacles, hurdles, and detours can get in the way. Disappointments happen all the time. But if you want something badly enough, you will find a way. Change will happen when it is meant to happen. Just be patient.

Take a chance today. You deserve it!

Live, love, and lead with Aloha.