“Certain conditions continue to exist in our society, which must be condemned as vigorously as we condemn riots. But in the final analysis, a riot is the language of the unheard. And what is it that America has failed to hear? It has failed to hear that the plight of the Negro poor has worsened over the last few years.” - Martin Luther King, Jr.

Welcome to America in 2020, where we have turned the page and opened a new chapter in history.  In less than three months, Americans went from running into their homes for protection to running into stores and streets to loot and set fires in protest. In the first case, Americans feared a new, deadly disease. In the second, they were agitated by an old one. Nevertheless, in both cases, Americans blamed a lethal disease for putting lives in danger.

Within hours of each other on Saturday, we witnessed both the technological advances in space exploration and the self-destructive behaviors of man. First, we celebrated the entrepreneurial spirit of SpaceX founder Elon Musk for successfully launching astronauts for NASA. His achievement is significant. Not only was it the first time a privately-owned spacecraft carried humans into space, but it was also the first time American astronauts launched since the space shuttle program ended in 2011.

"I think this is something that's particularly important in the United States but appeals to everyone throughout the world who has within them the spirit of exploration," Musk said. "This is something that I think humanity should be excited about, proud of occurring on this day."

Then, within hours of this historical event, the internal rage that’s been building for decades broke out and spread like wildfire across our nation. In protest of the deaths of George Floyd and other African Americans at the hands of police before him, cities coast to coast erupted with clashes between police and demonstrators.   From New York City and Atlanta to Minneapolis, San Francisco, and San Diego, America began burning in outrage while the rest of the nation watched in horror. Video cameras captured police throwing tear gas at crowds, police cars driving into protestors, citizens looting stores, and fires burning commercial properties and police cars in the middle of the night. As a result, U.S. Customs and Border Protection, the largest federal law enforcement agency, dispatched personnel on Sunday to help state and local authorities in response to these incidents.

America, is this us at our finest?  How can we continue to advance in technology when we cannot advance in our relationships with each other? It makes me wonder how far we've come as a nation, society, and species.

On Twitter, the King Center shared a video clip of "Other America," a famous speech by civil rights leader Martin Luther King, Jr.  King is known for promoting justice with peaceful calls to action, describing riots as “socially destructive.” But, in this speech, he declares that the economic and social conditions that black Americans experience should be condemned as equally as riots.  He adds that riots will continue to occur as long as America continues to ignore the claims of unfair treatment by black Americans and if they continue to feel as though they've exhausted all other avenues to be heard.

“Certain conditions continue to exist in our society, which must be condemned as vigorously as we condemn riots. But in the final analysis, a riot is the language of the unheard. And what is it that America has failed to hear? It has failed to hear that the plight of the Negro poor has worsened over the last few years. It has failed to hear that the promises of freedom and justice have not been met. And it has failed to hear that large segments of white society are more concerned about tranquility and the status quo than about justice, equality and humanity. And so in a real sense our nation’s summers of riots are caused by our nation’s winters of delay. And as long as America postpones justice, we stand in the position of having these recurrences of violence and riots over and over again. Social justice and progress are the absolute guarantors of riot prevention. - Martin Luther King, Jr.

What are we failing to hear?  Why are we choosing not to listen?  How much longer will it take to create the kind of nation King shared in his dreams, where “we rise up and live out the true meaning of its creed: ‘We hold these truths to be self-evident, that all men are created equal.”  King wanted America to stand as the “moral example of the world,” and yet the world is watching us set ourselves on fire.

At the root of this issue is the failure to understand. Understanding starts with empathy. Until we can walk a mile in another person’s shoes, we will never get very far.

I first learned about empathy and compassion as a biracial child of an interracial marriage. When the Vietnam War ended, my white American father left the Air Force and returned to the U.S. It took my Filipino mother several months to build up the courage to leave her homeland and join him. Eventually, with one large suitcase in one hand and my tiny, 10-month-old hand in the other, she left the Philippines to pursue the American dream. Just as a fortuneteller at a fair once predicted, she left her country for the love of a foreign man and the promise of better opportunities for me.  With broken English and a heart full of hope, my mother proudly chose to start life over as an American.

After crossing an ocean and 3,000 American miles, we settled in Connecticut, where my American grandparents’ employers had transferred their jobs from New York. Grateful for avoiding combat in the two years he served in the military, my father chose to raise his family in what he thought would be a small, peaceful country town.  Instead, he spent the first year or more in bar fights most weekends, defending my Filipino mother. No matter what my father said, angry, bitter residents would accuse him of betraying his country by marrying and bringing home the “Viet Cong enemy.”  A long, costly war that divided America long before my mother and I arrived, my parents became targets for paying for it.

My upbringing served as both teacher and student in my journey to understanding empathy and compassion. Empathy is defined as the ability to understand and share the feelings of another. Compassion means to have concern for the sufferings or misfortunes of others.

Having learned both from a very young age, I grew up rooting for the underdog. After all, that’s who we were, so that's who I identified with the most.  I learned early on what it feels like to be anxious, afraid, defensive, and inferior. As a result, I also learned how to live in “fight or flight” mode every day.

While it's not right to attack others, I can understand the fear, anger, and pain the American people must have felt after sending their sons to slaughter in a war they didn’t understand. While my mother was not Vietnamese, seeing my parents together must have triggered their grief. But, I also understand my father’s pain and anger for having to defend his choice to marry the woman he loved. My mother was also harassed and bullied at the factory where she worked.  Often called a "Jap" or "Chink," she would come home angry, muttering, "Stupid Americans, I'm Filipino!"  As a result, my mother raised me to be angry and defensive about our nationality as well. It took a long time before my mother eventually won over her co-workers with her cooking. Apparently, full stomachs eventually helped them see beyond my mother's race. Yet, I remained bitter for years about what it took for her to feel welcome. These were the events that created the underlying tension in my home, growing up.

As a result of this experience, I was raised to be ready to fight, react, and defend myself and my two younger brothers. I was always on edge. Thankfully, violence was never part of my life, but I internalized the fight instead. Feeling like I didn't belong set the stage for an internal struggle with self-identity, self-esteem, and self-acceptance. I fought this battle for decades in my mind long after the Vietnam War ended.

To eradicate the terminal disease of racism, we have to practice empathy. We must start again by re-educating ourselves and learning how to walk in each others' shoes.

Musk said, “space exploration is something humanity should be excited about.” However, it's hard to teach children to be proud of crossing the Karman Line to explore outer space when we still haven’t found a way to erase the line that divides our nation. If we were to all harness the same “spirit of exploration,”  then we should be just as excited about discovering ways to dismantle the systemic issues that have fostered racism and held our society back for generations.

Let empathy be our teacher. It can shed light on the truth. It will show that love weighs less than hate. It will also show that love empowers movement. It moves us forward, lifts us up, and helps us rise. Hate only weighs us down and keeps us from moving forward. It keeps us stuck in old patterns that don't serve our highest good. Finally, empathy teaches us the healing power of compassion. Being kind and gentle can help us all heal from the wounds we've inflicted upon each other.

Until we can walk a mile in each others' shoes, no amount of space travel will advance us as a human race. Humanity is lost without love, kindness, compassion, and empathy. With it, we can push more positive vibes into the world and create more peace and harmony for living with each other and nature. But, until all Americans understand how it feels to be unfairly treated based on the color of our skin, the shape of our eyes, or even the length of our noses, we will never see how beautiful we can all be to the world and beyond.

When you're standing in the darkness, let empathy help you understand. Let compassion help you heal. And, let love light your way.

Live, Love, and Lead with Aloha. 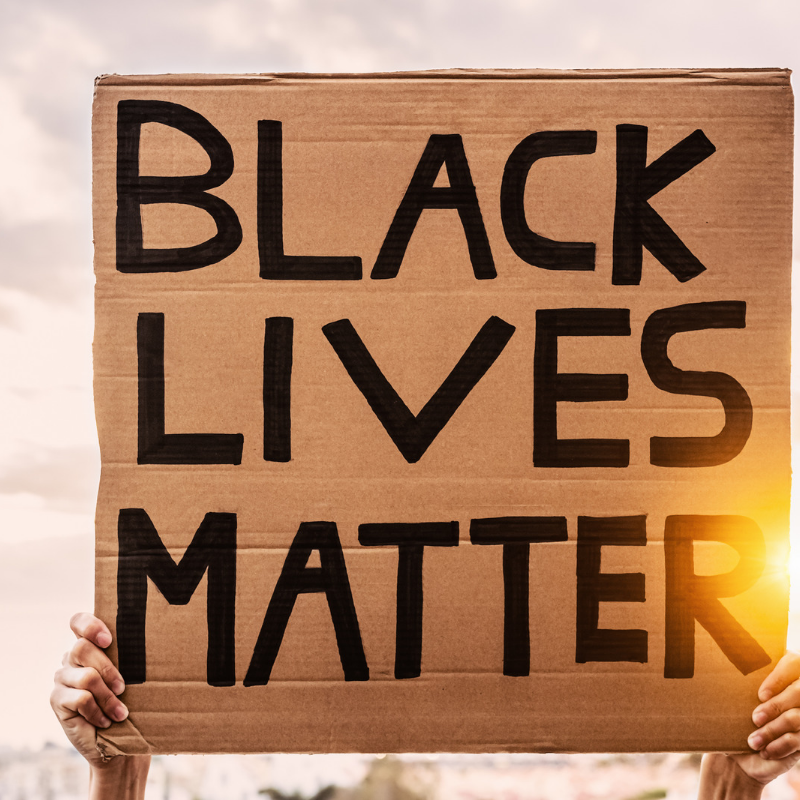